Ploen Promdaen - "At the end of the Kathin Ceremony..." 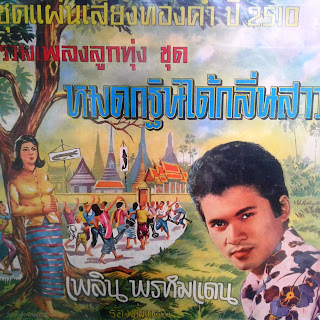 ...I can smell women". Welcome to another Ploen Promdaen post. This record is a bit older than the previously posted "Glua Duang" - the record actually has the year on the top left, 2510 -  that makes it 1967 in western calendar. This is before Ploen Promdaen developed his talking style (plaeng put) which made him famous, but from the title (what does it mean really?) you can already see that he loves provoking and hilarious lyrics for his songs. Its a great set, and I post the whole album, even though the last song on Side A is a cheesy ballad from a female singer, but she makes up for it with the last song on Side B, which closes the set with a great Lae style song. The rest is Ploen Promdaen at his finest. The file is this time in .wav, because I had problems converting to mp3. DL should be quick though (its on Mega). Please enjoy!
Posted by Jan Molam at 1:23 AM No comments: 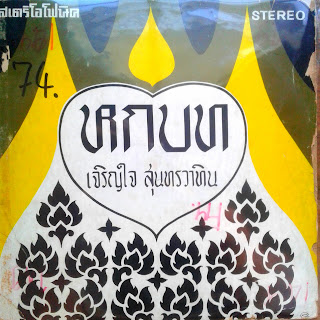 A great album with classic Thai Music! Don't let the term classic scare you off - we are not talking Mozart or Beethoven. The music is quite challenging to listen to, and not for those who like their bath lukewarm, with bubbles and so ... but if you are into uncommon sounds and singing, ever had an interest in experimental sounds (say, Throbbing Gristle and the like) then this might be one for you. The vinyl I got is not the best, but it is an excellent and rare album and I never mind some crackling... enjoy Ms. Charoenjai here!
Posted by Jan Molam at 12:38 AM 1 comment: 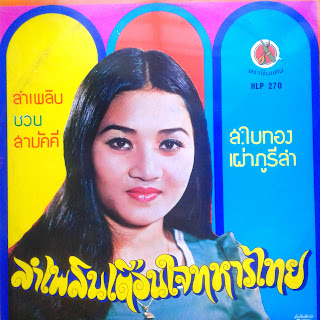 If you liked Phet Pin Thong or Onuma Singsiri, this is just the right record for you! Great Molam (mostly Lam Ploern, but rich in variation) from Ms. Sabaithong Powpuri. She is less well known than Angkanang Khunchai or Onuma, but personally I like her voice the best. I have only seen two LPs from her - this one is excellent (if the cover picture looks familiar: it was used for a Sublime Frequencies Compilation of Molam). "Lam Ploern Tüan Jai Tahan Thai" for your listening pleasure here! 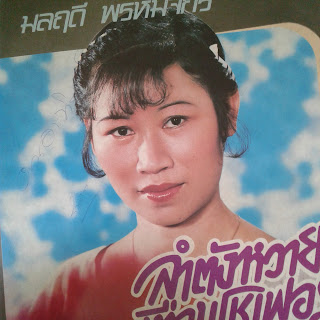 This is from a split album by Chapabrai Naamwai (Side A) and Monruedee Promjak (Side B). The style here is not Lam Ploen but Lam Dang Wai (sometimes transcribed Lam Tung Wai), very hypnotic - reminds me a lot of Junior Kimbroughs hypnotic blues guitar riffs. Since its in a nondescript gray cover, I put a picture of another LP by Monruedee as a header for this post. The original cover and titles you find below. Be prepared for very intensive 17 listening minutes here! Enjoy! 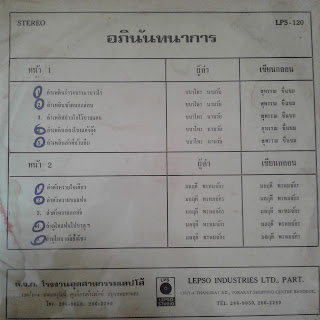 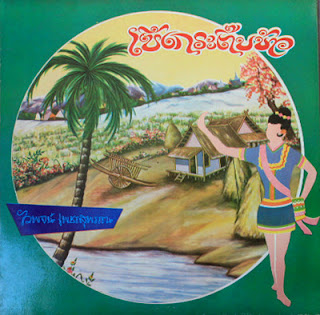 One of Waiphod's finest LPs. Luk Thung Isaan or Molam-style...? It is definitely Isaan music, just to give you a rough idea. Waiphod Petsuphan is in Europe one of the better known Thai singers, thanks to Re-issues and compilations (Sound of Siam, Ding Ding Dong 7 inch, Thai Beat a-go-go etc). Taken from vinyl LP BK 712, as always as a single file for the true connoiseur. Recommended unconditionally, please enjoy! 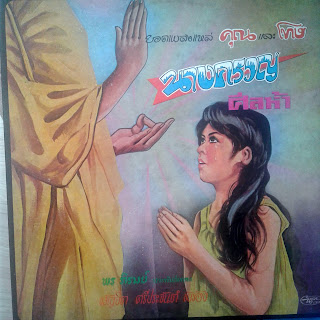 This is an absolute astonishing Lae album from Kwanjit Sriprachan. Lae is often described as rap-like, and it certainly shares characteristics with Rap, but also reminds me of funk or soul. Songs are usually variations or deeper explorations into a spiriritual topic. On this album, songs come in pairs. There are six songs, and each has two parts, overall the rhythm builds up from song to song. This kind of music was described as "space funk" Lae, and it is one of the best Thai records I know. Please enjoy as much as I did! 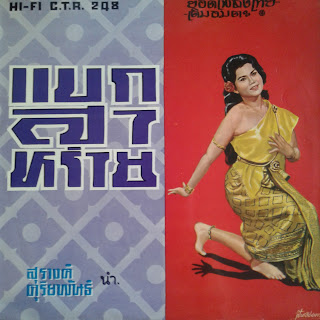 Without much ado I give you this otherworldly album - "Thai Doem", Classical Thai music, haunting, challenging ...an acquired taste I suppose...please give it a try here! 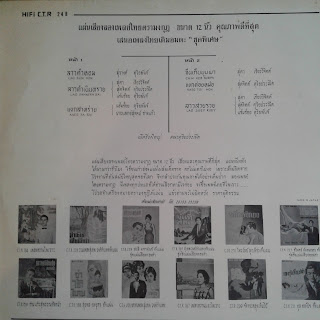 none of the material I have on this site is commercially available since I take it from long out of print vinyl records. If there is a problem with copyright please inform me and I will take the post off my website.

main-nav-top (Do Not Edit Here!)

Main-nav-Menu (Do Not Edit Here!)

Footer Attribution (Do Not Edit This !)